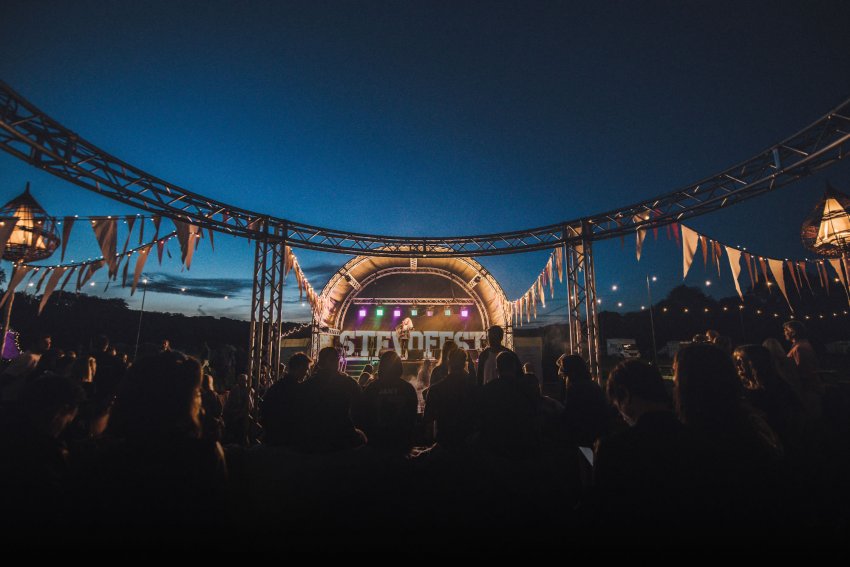 Location: A secret location in the Surrey countryside

With over 20 years of party planning experience and a portfolio of six well known brands, Eventist Group is leading the way for Landmark birthdays.  With the emerging trend in celebrating personal milestones on a grander scale the Group has conceived and brought to life experiences that will live forever in guests’ memories.

Landmark Birthdays offers bespoke party design from small intimate gatherings to large scale major events for hundreds or even thousands of guests. Our specialist event managers are both knowledgeable and experienced and working hand in hand with clients provide the inspiration and creativity to bring parties to life, along with all the necessary support to make it a reality.

With a team of in-house-specialist event producers, award winning caterers, bars, production team and party organisers and more than a dash of inspiration and creativity, we have imagined, created and managed celebrations that satisfy entire generations, whatever their need to celebrate.

As event specialists you can trust that we know how to throw a good party. Here’s how we created one family’s very own Glastonbury…

To celebrate a joint 50th and 21st Birthday plus a 25th Wedding Anniversary.  With an international guest list the client wanted something which would retain an intimate, friendly and relaxed feel which reflected the families personalities while providing a high impact, energetic and fun filled weekend with accommodation for all the guests.

Stevofest – a highly organised festival covering a 3 day period with multiple entertainment, food and drink and production elements.  Located in a rural field all elements of the build and creation of the event required careful and sensitive logistical planning.  The family had their own views and ideas which would play a large part of the creation of the event.

With friends all over the world, our client wanted to jointly celebrate his 50th birthday, his son’s 21st, and his and his wife’s 25th wedding anniversary. Over a three day bank holiday, guests had time to catch up with each other and make the most of the long weekend sleeping under the stars.

We created an elaborate full-scale festival, think Glastonbury, but with 500 of your closest friends and family.

Using Eventist Groups’ full-round-service-capabilities we engaged every area of our business to pull off a once in a lifetime event.

iElive were tasked to create and manage two stages across the weekend, ‘Haystacks’ and ‘Main Stage’, as well as an afterhours ‘Nightclub’ – a completely sound proof “Box” designed specifically for the event.  Guests were entertained by performances of all kinds from global artists to revolutionary DJ’s and extraordinary musicians.

The talented chefs from award winning Tapenade and Food by Dish created a culinary offering that included a variety of food stalls so  no partygoer went hungry, while Arribar! made sure there was enough free flowing drinks from the various themed bars that the crowd could handle.

Best Parties Ever created a world class line-up of entertainment and activities indulging with a stream of options as well as luxurious chill out zones to chat with friends.

The festival took six months to plan and 60 staff four days to set-up and deconstruct.

Guests were greeted on arrival in the designated car park where they were given a Stevofest lanyard and wristband which included the weekend’s programme and a souvenir T-shirt. A golden buggy carried excited guests to their desired camping location. The festival had three designated camping zones from ‘Family camping’, ‘General camping’ or ‘Camping for the Nightclub regulars only’.

Knowing many of the guests were families and attending with children, a mini-festival within the festival was brought to life, Wilfofest, Stevofest’s very own kids festival.

Dedicated to kids of all ages Wilfofest had plenty of children’s entertainment and lots of activities to keep the party going. Wilfofest came with dedicated day care and trained nannies to watch over all children.

From treasure hunts to nerf battles, and gladiator duels to water gun fights, Wilfofest was one of the highlights of the long weekend. Other activities included kids disco, films in the tent, dodgems, sublime science, bouncy castle, football, crossbow and garden games.

A pop-up kitchen was also constructed in a designated marquee in case guests wanted to cook for themselves. The hosts kindly offered complimentary food and drink throughout the weekend.

“The Festival was all we had hoped and dreamt of and simply off the scale –thanks so much to all of you.”